Everyone waits for their moment to arrive and for Billy Walters it came on Friday night.

In the 75th minute of the Testimonial match at a rain-soaked Suncorp Stadium, the Storm rookie received the ball out of dummy half and was instantly confronted by a future immortal streaming towards him.

With the composure of a veteran, Walters put the step on Johnathan Thurston (271 NRL games) and then again on Gavin Cooper (168 NRL games) before slicing through to score under the posts.

He instantly jumped in the air and was swarmed by teammates – his first moment in purple was one to truly savour.

“I couldn’t believe it, all the family was there,” Walter said.

“For an hour I had to sit on the bench, I was freezing but I got my chance to get on.

“I got a bit lucky I think, I thought it was enough to get the win but Jonathan Thurston got us at the end.”

The 24-year-old playmaker got a thrill out of playing in the Cameron Smith-Johnathan Thurston Testimonial.

He may have only been training alongside his Storm captain for a month but it has been enough to make him realise what has made both Smith and Billy Slater the champions of the game they have worked incredibly hard to be.

“They are still probably the hardest workers out of everyone when it comes to training,” Walters said.

“They are there before everyone, they are there after. They are giving tips to young fellas, trying to improve your game because they know it is going to help the team so it is great.

And what advice has father and former Storm assistant coach Kevin given him?

“Just be like a sponge and soak everything in and learn as much as you can,” Walters said.

“Not many people get the opportunity I have been given so hopefully I can make the most of it.” 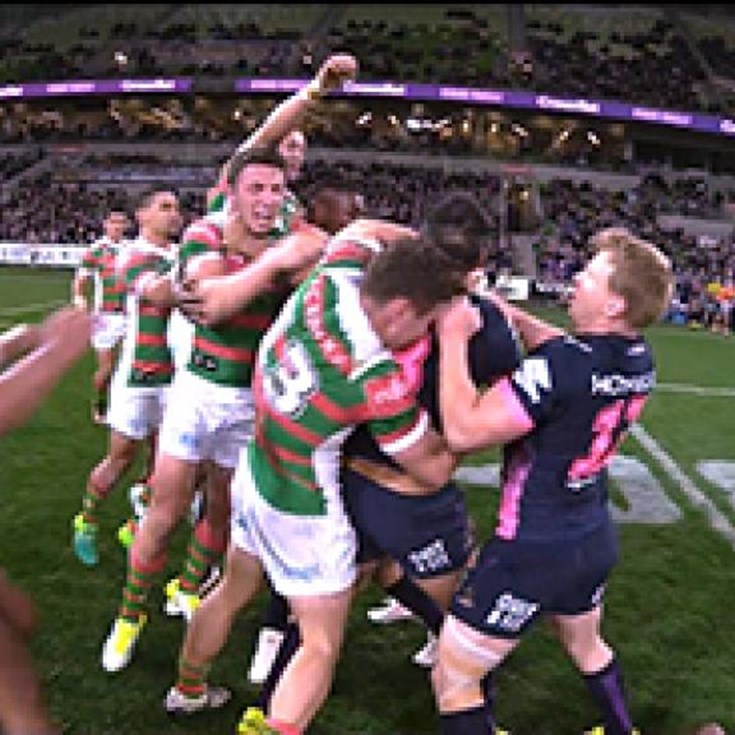 This week in Storm History