Melbourne Storm has finalised its 2018 playing squad ahead of the first group of players starting pre-season training in the first week of November.

Melbourne Storm Head Coach Craig Bellamy said; “While it feels like the season has only just ended, I’m looking forward to pre-season starting with our new group of players with our squad now finalised.

“As a Club we’re proud that this group of signings includes four players who have come through our development system in Harry, Lachlan, Louis and Sale, who have worked hard to be given an opportunity to be part of our fulltime program in Melbourne.

“We’re excited by the new faces, including some well-known rugby league names, who will start training in the first group.

“One of those is Sandor, who has taken responsibility for his mistake in judgement and will be a good addition to our team.

“While he has been sidelined he has maintained his fitness levels to a high level. Anyone that is prepared to put in the work after what he has been through deserves a second chance.

With the end of the NYC competition, the new NRL contract system allows for a Top 30 instead of the previous Top 25 with each club to have a Development List of players.

The exciting group of talented youngsters will train with the NRL squad and most likely play with Storm’s Feeder teams Brisbane Easts and Sunshine Coast Falcons in the Intrust Super Cup or State U20s competition.

Also joining this group are Sam Kasiano, Ryan Papenhuyzen and Patrick Kaufusi, whose signings have already been announced.

Sandor Earl
The 28-year-old starts at Storm having played 48 games for the Roosters, Penrith and Canberra from 2009-2013. An outside back who can find the try-line, Earl will add further depth to Storm’s backline.

Louis Geraghty
Has spent the last two seasons with Storm’s NYC side and was rewarded for his performances this year with his Queensland Cup debut with Sunshine Coast Falcons in the second part of this season. The back-rower won the Thunderbolts Player of the Year award in 2016.

Billy Walters
Walters, 24, has played the last two seasons with Brisbane Easts in the Intrust Super Cup. He plays both in the halves and at hooker. Son of Queensland Origin coach Kevin Walters

Lachlan Timm
Timm played for Storm’s Thunderbolts in 2016 before playing with the Sunshine Coast Falcons this season where he played 19 games. The prop also represented Queensland at U20s level in 2016

Harry Grant
Captain of Storm’s U20s side in 2017, Grant has been in the Storm system for the last two seasons. The hooker has represented Queensland at U18 and U20 level and was rewarded for his excellent season as Storm’s Thunderbolts Player of the Year.

Tino Fa’asuamaleaui
Fa’asuamaleaui, 17, joined Storm’s U20s towards the end of the 2017 season, having represented Queensland at U18 level. Originally from the Broncos junior squads, the front rower hails from a small town outside Gympie.

Cooper Johns
Played for Manly’s SB Ball team this season in the halves and is a natural footballer with a good skill set. Hails from great pedigree as son of Matthew Johns.

Kayleb Milne
A New Zealand schoolboy from St.Kentigern College in Auckland. Has played rugby for his school for the last four years and will continue to develop in the Storm system. Can play as a prop or in the back-row.

Junior Ratuvu
From Auckland where he has played rugby for Kings College. Was the leading try scorer in the schoolboy rugby competition, as a winger he has excellent footwork and vertical leap. 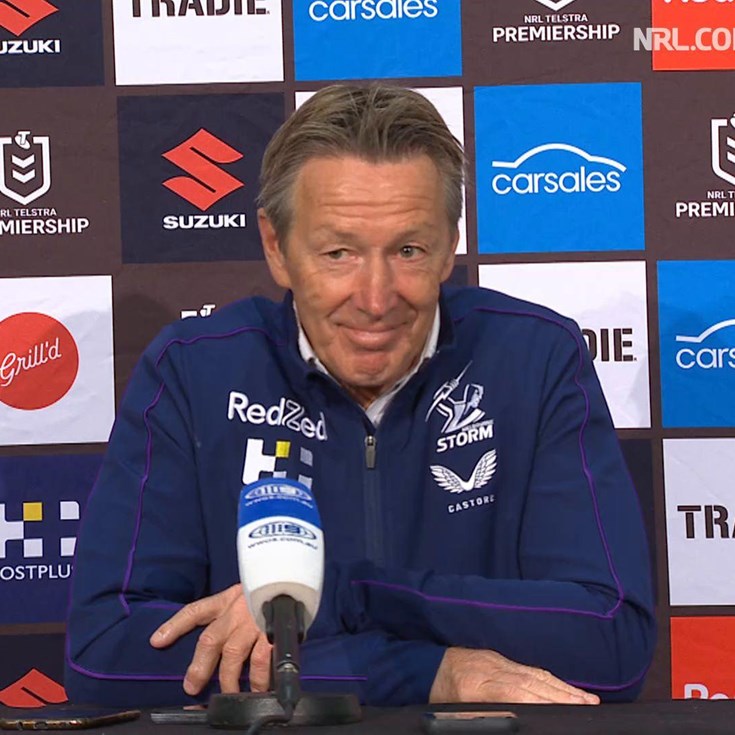 Stats that matter: Round 6 v Roosters

Presented By Comwire IT 10 hours ago