Cameron Smith knew his boys would get the job done – he just had that feeling.

And when arguably the greatest player of all time gets that feeling, you know your in good hands.

A team that dominated all before them in 2017 saved their best performance for when it mattered most, running away from the Cowboys for a 28-point win to seal the premiership they had worked so hard to make theirs.

In the eyes of their skipper, it was never in doubt.

“I turned up here today extremely confident that we were going to play well,” Smith said.

“I just had a feeling that we’d done everything as well as we could this week and we were going to be really hard to stop.

“What I did feel about the group was the willingness to work hard every week. I felt that and I saw it everyday at training.

“It is one of the tightest groups we’ve had at our Cub for quite a while.”

The 80 minutes of scintillating rugby league put on by Melbourne was the pinnacle of 12 months of hard work.

After heartache struck in last year’s Grand Final, this team immediately began working towards earning a shot at redemption.

That is why when the moment arrived on Sunday night, they were never going to let it slip.

“It started at the end of last year to be honest,” Smith said.

“After we got beaten in the Grand Final, you get two months off and you get back into it to try and get back there again.

“It has been a wonderful year for our Club and for myself personally but you can’t go past what we have achieved tonight. It is just a really satisfying feeling.

“It is really hard to describe that moment when the fulltime siren goes, all the different emotions and feelings that go through your body.

“I’m just really glad and thankful that we’ve had the opportunity to come back and be involved in another Grand Final and another premiership.” 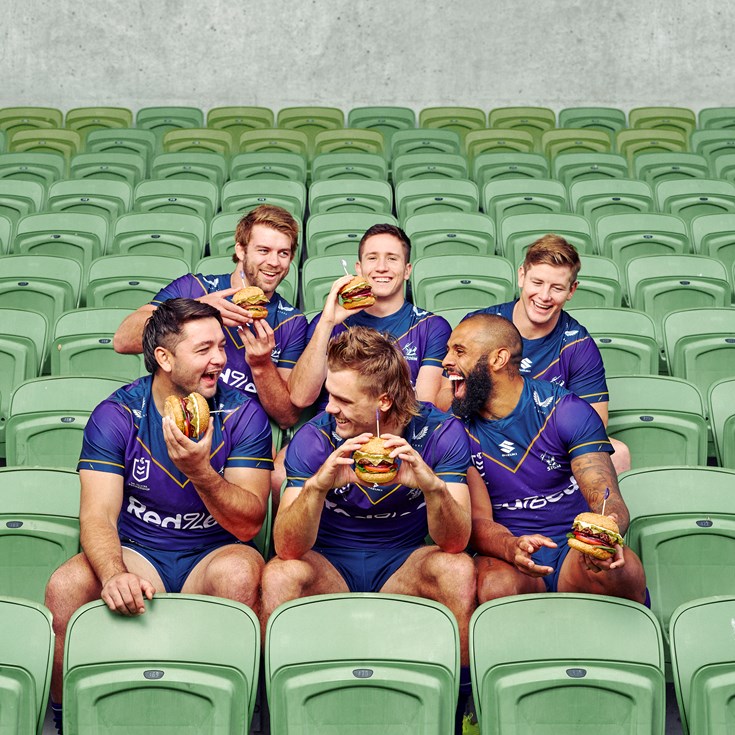 Asofa-Solomona: 'It was good to see the forwards grab a few tries'