Cameron Munster has been named to return from injury when Storm take on the Knights this Saturday afternoon.

Munster, who has missed the last two games due to an ankle injury, has been named in the halves alongside Cooper Cronk.

Tohu Harris has also been included on the extended bench, meaning he is a chance to return from a shoulder injury after four weeks on the sidelines.

Robbie Rochow, Brodie Croft and Nate Myles have also been added to the squad that defeated the Roosters last weekend at AAMI Park.

Tim Glasby will not make the trip to Newcastle due to a minor shoulder complaint. He will miss this week but will be back to take on the Rabbitohs at AAMI Park next week.

Storm feeder clubs Sunshine Coast and Easts Tigers both have a bye this weekend. 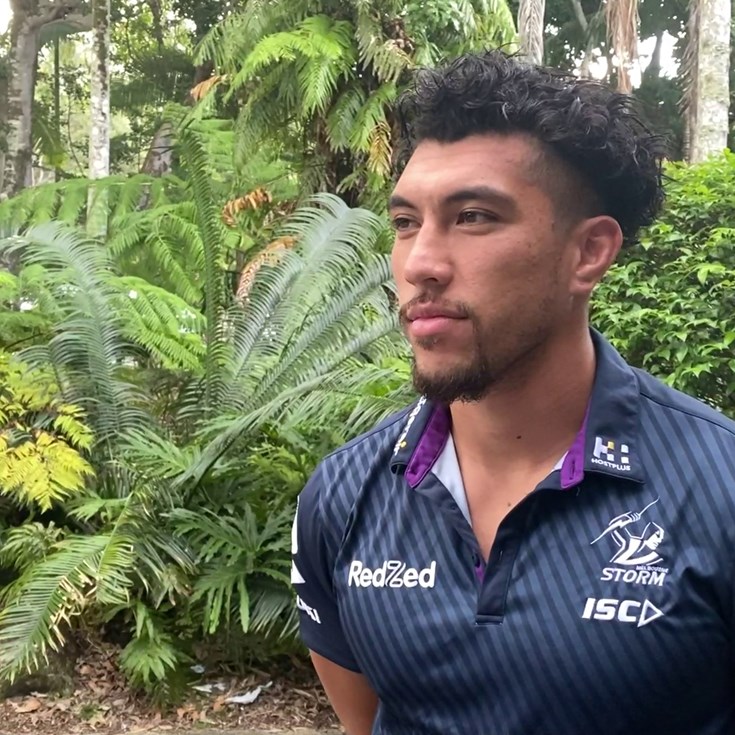 Aaron Pene: This is just the beginning