Craig Bellamy has finalised his 19-man squad ahead of Melbourne's Sunday afternoon meeting with the Rabbitohs in Perth.

Tui Kamikamica and Slade Griffin both fall out of Melbourne's squad named on Tuesday afternoon and will play reserve grade this weekend.

Nelson Asofa-Solomona is a chance of making a return from injury after missing last week’s loss to the Titans due to a broken hand while Brandon Smith is still in contention to make his NRL debut.

Youngster Joe Stimson is set to make his second start in Bellamy's run on side after being named in the second-row. 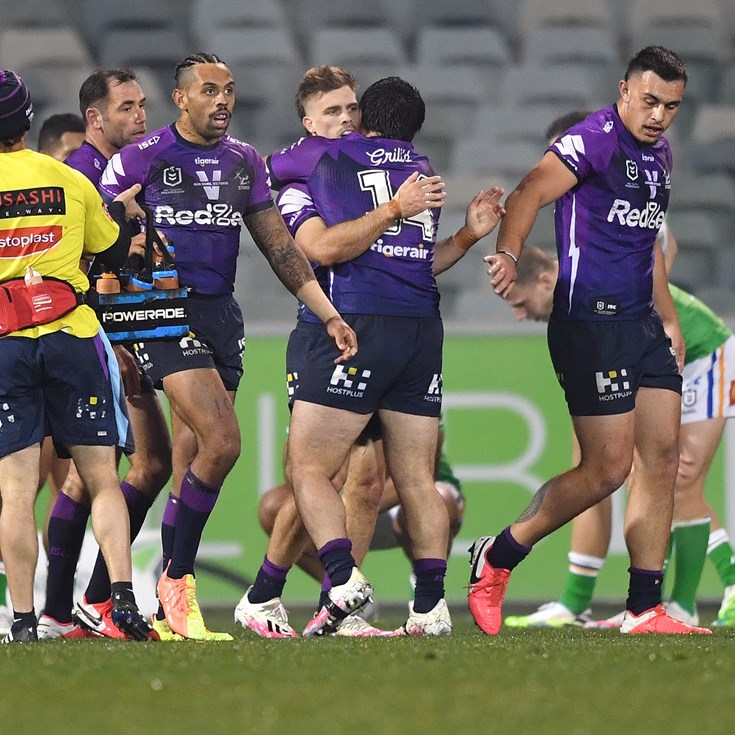 Bellamy pleased by Melbourne's grit to kick on without Munster

RedZed Man of the Match - Round 9 v Raiders