When that last post rings out across AAMI Park on Tuesday the Bromwich brothers know who will be on their mind.

Their great grand fathers both served for New Zealand, one as part of the Maori battalion – a troop etched in Kiwi history for their tough and fearless nature in battle.

To play on 25 April means a great deal for all players and when you have a family member to acknowledge, it makes it all the more significant.

“My great grandfather was in the 24th Maori battalion, he went over there and fought for us New Zealanders,” Jesse Bromwich said.

“My other grandfather, my dad’s granddad, went over to war as well so it is pretty important to my family. They went over there to fight for what we get to do today.

“Hearing the Last Post and the Ode gives you chills, I can’t imagine what those guys went through.

“We play footy and we think the world revolves around a result but at the end of the day they went over there to put their lives on the line.”

The ANZAC Day Blockbuster. 25 April. AAMI Park. Be there!

Tuesday night will mark the eighth year Storm have hosted the Warriors on ANZAC Day.

A true Trans-Tasman rivalry only adds to the occasion.

“It is such an honour to play on such a special day, especially between the two countries,” Bromwich said.

“It makes it feel more like the ANZAC Spirit having an Australian team take on a New Zealand team.

“It is one of the games that I circle at the start of the year… I am really looking forward to it.

“That atmosphere is unreal, it is the biggest game of the year for us as a Club.” 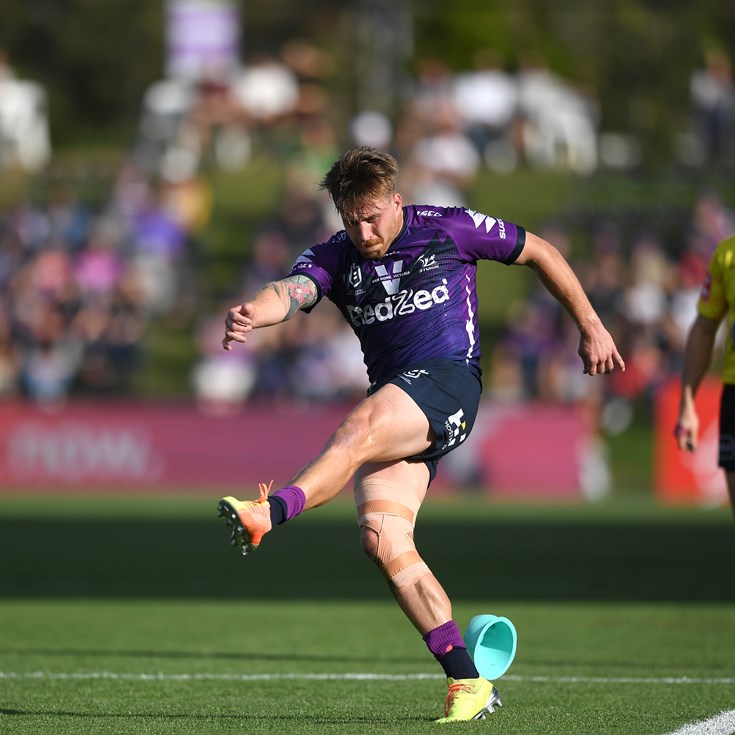