Melbourne Storm and Intrust Super Cup club Brisbane Easts have announced an extension of their partnership for the next two years, taking the relationship to at least the end of 2018.

Storm and Easts began their affiliation in 2011 with the partnership providing a breeding ground for a number of current Storm first-grade players.

Cameron Munster, Tim Glasby and Kenny Bromwich are just some of Storm’s regular NRL players who have developed through the relationship with the Tigers.

Be at AAMI Park when we take on the Rabbitohs, Saturday 6 August, 7:30pm.

As part of the agreement Easts Tigers’ leaders will visit Storm’s AAMI Park headquarters to meet with Cameron Smith and his leadership group, plus selected Tigers players will also have the opportunity to train with Melbourne’s first-grade squad throughout pre-season as has been the case over recent years.

Melbourne Storm Football Director Frank Ponissi said, “The Club is very pleased to have extended our partnership for a further two years with Easts Tigers.

“It’s been a very successful affiliation over the last six years and provided a great pathway for a number of our players to make the transition to NRL football with Melbourne Storm.

“Christian Welch is a Brisbane junior who has been part of the Tigers system and guys like Cameron Munster, Felise Kaufusi, Kenny Bromwich and Tim Glasby have all spent time preparing to become regular first-graders at Easts.

“We see the visits of the Tigers players to Melbourne as an equally important part of the relationship and hope after spending time with our NRL squad they go back better players and wiser for the experience."

Easts Tigers Chief Executive Officer Brian Torpy said, “We are delighted to extend our partnership with Melbourne Storm for a further two years.

“We see Storm as the benchmark club in the NRL and we are very excited to be able to tap into their people and systems, whilst providing a development platform for their next generation of first-grade players.

“We have enjoyed a close relationship with Storm over the past six years and are looking forward to continuing to strengthen our relationship into the future.”

Melbourne Storm has both its feeder teams based in Queensland, with Sunshine Coast Falcons the Club’s other affiliate in the Queensland Cup.

The Club has two development coaches who work closely with both feeder clubs and the players not selected in the NRL side each week providing an environment where they can continue to improve their game.

Melbourne Storm has had a successful history of partnering with Queensland based teams, having been associated with Brisbane Norths in the Club’s early years. 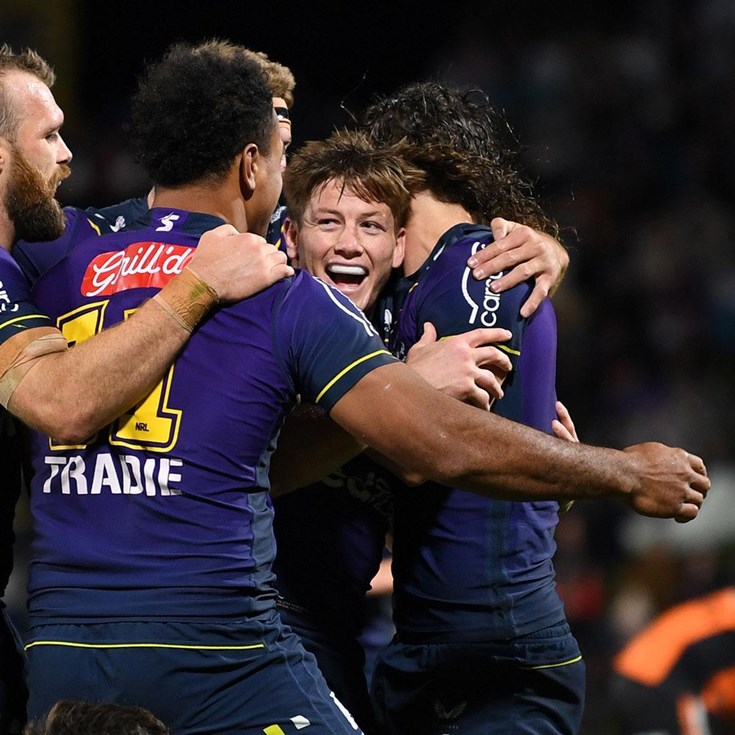 A fresh cut for Starlight