This Sunday Tim Glasby will play 50 games for Melbourne Storm.

If you had told the man himself that four years ago he would not have believed you.

Glasby, who turned 27 on Wednesday, has experienced a rugby league journey that proves opportunities are never too far as long as you work hard.

The Rockhampton native was plying his trade for CQ Capras in the Queensland Cup when he was spotted by Storm recruiters as a 22-year-old.

Had you asked him then whether he would ever reach such a significant milestone your answer would have been met with a surprising response.

“If someone had of said to me when I was back at Rockhampton I would play 50 games for Melbourne Storm I would have laughed at them,” Glasby said.

“I am very proud and very humbled to have played 50 games for such a great club."

Since arriving at the Club in 2013, Glasby has built himself into an established member of Craig Bellamy’s prop rotation.

“I think I have just grown an appreciation for the subtleties in my role in particular. I understand how important the little things are and I give those a lot of focus in games now,” he said.

It is those little things that have seen Glasby named in the Queensland Emerging Origin squad two years running.

On Monday night he was given an opportunity in the starting side for ANZAC Day and instantly made his presence felt, scoring a try after just seven minutes.

Last week Glasby signed a new two-year deal with Storm, ensuring he would remain a cornerstone of the Club’s emerging forward pack into the future.

The decision was an easy one as far as the prop was concerned, who has come to call Melbourne home over the last four years.

“It is a great city, there is always something to do,” Glasby said.

“I love nothing more than going out for a nice coffee and a breaky in the morning, it is really good here.” 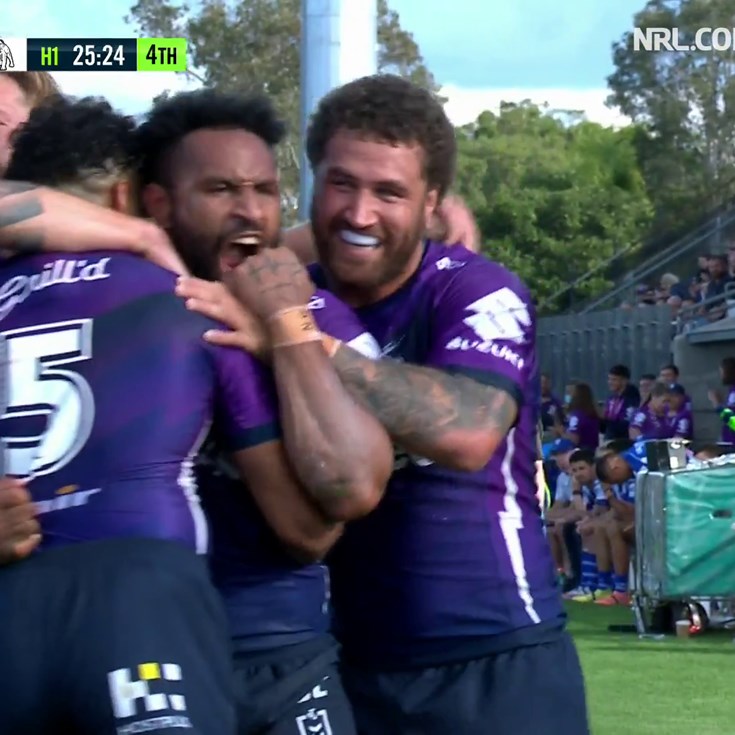