Ahead of his 250th game on Saturday night in Sydney, Cooper Cronk is confident his side has the ability needed to compete with the competition's best.

As a result of a congested ladder, a number of permutations means Melbourne could finish anywhere between third and 12th.

Million Dollar Match: 5 Sept, AAMI Park. Be there for your chance “Kick to Cure” and win $1million. Buy tickets here.

The Storm number seven has faith in his side's ability, wherever they find themselves on the table at the end of the home and away season.

"It's important but it's not the be all and end all," Cronk said when asked about his side's top four chances.

"The faith that I have in the other players, this system and the coaching staff, no matter where we finish at the end of this year I have every faith we can play our best football and make an impact in this competition.

"While it would be preferred to finish in the top four, let’s just see how we play, let’s lay the foundations that we have in the last couple of weeks and really look forward to playing out best football when the time comes.

Storm face a stern test in Round 25 and 26, facing off against top eight contenders the Sydney Roosters and Brisbane Broncos.

"We know we're definitely not where we want to be or where we need to be to play well in this competition," Cronk said.

"But I definitely think we're stepping in the right direction."

Melbourne meet an equally in form Roosters side in Sydney on Saturday night, facing Trent Robinson's third placed side from 7:30pm at Allianz Stadium.

“They’re the defending champions and they seem to be hitting their straps at the right time," Cronk said. 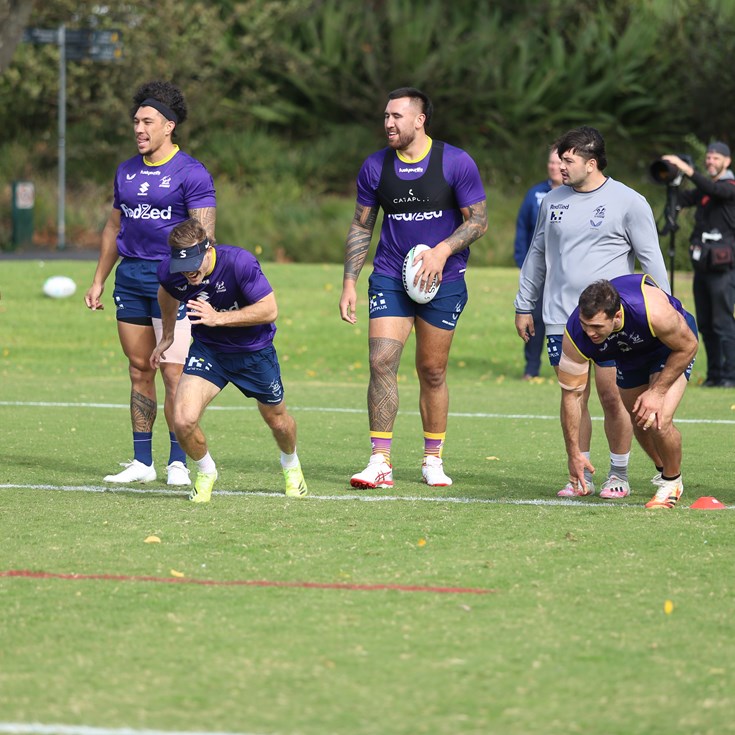