With tickets selling fast, secure your seats to Melbourne Storm’s traditional ANZAC Day clash with the Warriors on Friday 25 April at 6pm and avoid the disappointment of missing out on the chance to be a part of this iconic Melbourne event.

A sell-out in 2013, fans should now secure their seats to one of the competition’s great rivalries. This will be the sixth time the two clubs have met on ANZAC Day since the inaugural clash in 2009.

Fan up with Melbourne Storm this ANZAC Day, book your tickets today.

Meetings between Storm and the Warriors provide a true Trans-Tasman contest, attracting close to a 50-50 supporter split between the two sides, generating an electric atmosphere inside AAMI Park.

Melbourne Storm General Admission ticket holders are reminded they MUST reserve a seat for the blockbuster match-up which is a fully ticketed event.

Fans can secure their seat by going to melbournestorm.com.au/tickets. 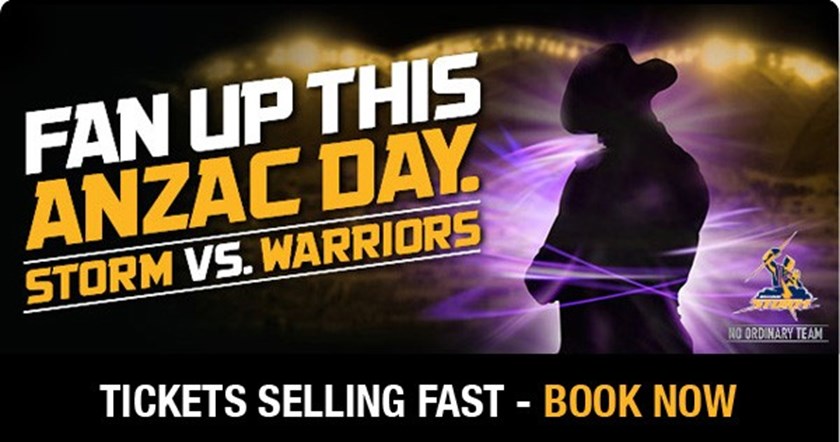 Lewis: 'We'll go out there and get the job done'

Anderson: 'It's starting to come a lot more naturally'

Kaufusi gets the first try in Game II