The structure of the State of Origin series remains unchanged, with the NRL maintaining the three-week break between games for next year.


For the first time since 2011, two games will be held in Queensland in next year's series. Game I will be played in Brisbane on May 28, Game II in Sydney on June 18, before the series returns to Brisbane for Game III on July 9.


Tickets to the Brisbane games can be secured through Maroon Memberships, with tickets to be released to the general public in March.


While there has been much debate over the scheduling of the Origin concept, the NRL has instead focused on ensuring its marquee games will not clash with rounds where clubs are without their representative stars.


"We obviously try to place byes strategically through that particular area of the season to help compensate teams that are heavily affected by State of Origin and its impact on clubs," NRL general manager of football operations Nathan McGuirk said.


"So we obviously also try and reserve marquee events or match-ups from our stand down Origin rounds when our superstars aren't playing and reserve those for rounds outside that time period."


The representative weekend will fall on the weekend of May 2-4, with the traditional mid-year Test between Australia and New Zealand played on the Friday night.


The City-Country fixture is returning to Apex Oval, Dubbo, where Country ran out 12-10 winners in 2006. 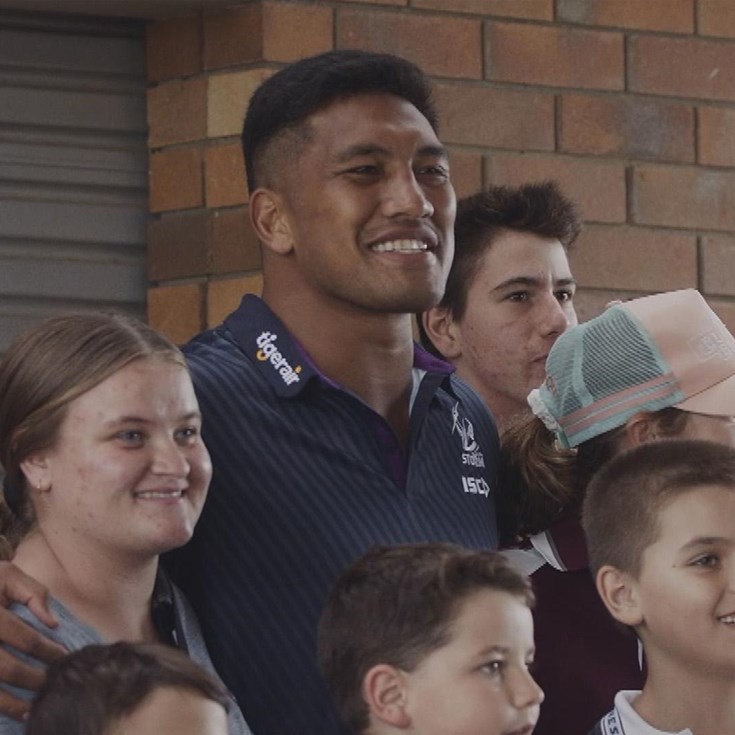 Four seasons in one training session

Jacks, Kamikamica check out Casey Fields facilities ahead of trial