After all the hype and build-up, the Rugby League World Cup finally kicks off this Friday with a match-up of two teams plenty are tipping to meet again in the final.

Co-host nation Australia are heavy favourites to take out the tournament but Wayne Bennett's England team is one of the strongest to visit these shores in recent memory, with in-form playmakers, powerful forwards and some dangerous backs.

It is now 22 years since an England team has beaten Australia, with 11 straight Test losses against the Kangaroos since 1995. However Great Britain did take a game off the Aussies last time they played a tournament – the 2006 Tri-Nations – which featured a young Sean O'Loughlin.

O'Loughlin now leads an England team boasting star half and 2017 Man of Steel Luke Gale, alongside St George Illawarra star Gareth Widdop. There is plenty more NRL talent in the team, particularly in the forward pack, which boasts Sam and Tom Burgess, James Graham, Elliott Whitehead and hooker Josh Hodgson. St Helens powerhouse Alex Walmsley makes his debut on the bench after just missing out in the mid-year Samoa Test despite making the round trip from England.

The Kangaroos are certainly a new-look make-up compared to their last game, a big win over the Kiwis in Canberra in May. Johnathan Thurston's injury paves the way for Cowboys teammate Michael Morgan – arguably the player of the NRL finals series – to start in the halves for the green and gold.

Jake Trbojevic has been promoted to start at lock, Billy Slater makes his long-awaited Test return at fullback, Aaron Woods returns at prop and Josh McGuire comes back via the bench.

Why Australia can win: In their final few games together after a trio of long and decorated concurrent careers, Australia's biggest strength could lie in the timeless combination of Storm stars Cameron Smith, Cooper Cronk and Billy Slater. Slater's stunning return from a two-year injury hiatus culminated in a Clive Churchill Medal in a grand final win, the ageless Smith easily earned this year's Dally M player of the year gong while two-time Dally M winner Cronk was at his consistent best all season. The loss of Cronk's regular partner in crime Thurston is alleviated somewhat by the stunning late-season form of new five-eighth Morgan. Expect the three Melbourne stalwarts to assert their class on proceedings whenever the team gets into attacking range or a key moment presents itself.

Why England can win: This England team is strong across the board. Gale's Man of Steel season included 20 try assists, 13 tries and league-bests in 40/20 kicks (10), drop goals (seven) and goals (129). His halves partner Widdop was the Dragons' player of the year and his 21 matches this year included 18 try assists, 11 line breaks and 10 tries to round out a fantastic halves combination. Walmsley was the Super League's best metre-eater with 4,256 while McGillvary (3,883, second) and Hall (3,398, fourth) were also in the top five. The team features plenty of players in form and boasts a lot of experience – including in local conditions with seven of the game-day 17 having played in the NRL this year.

The history: Played 14; Australia 11, England 2, Drawn 1. Australia v England is more of a 20-year history (as opposed to Australia v Great Britain) but in that time the Aussies have been overwhelmingly dominant, winning the past 11 straight. O'Loughlin and bench hooker James Roby are the only players in the team to have beaten Australia (in the same game for Great Britain in 2006).

NRL.com predicts: A fired-up England can be expected to make a contest out of this one but we're tipping the Aussies to run away with it in the final 20 minutes – Australia by 14. 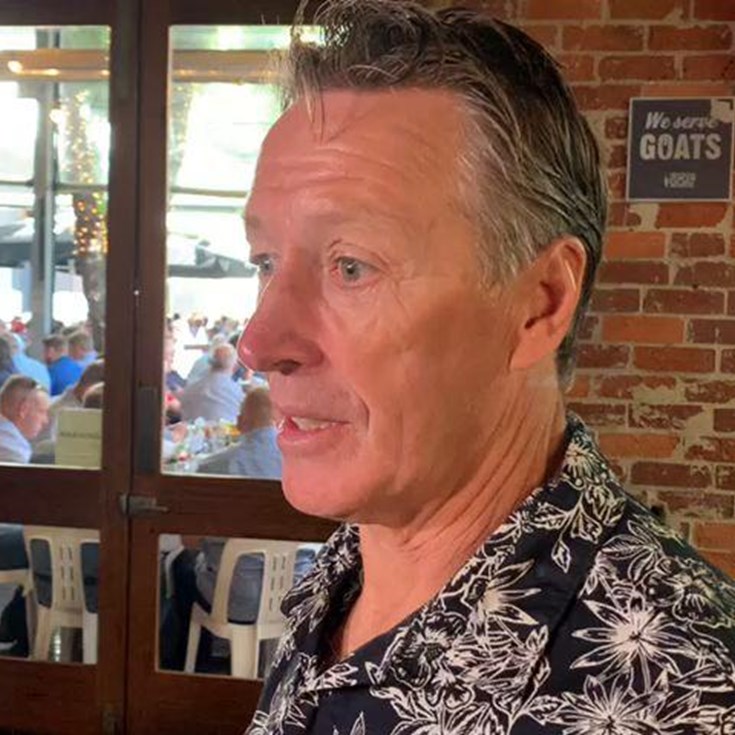